"A Small Town with a Big History"

Welcome to Lakehurst, New Jersey, the "Airship Capital of the World", home of the first international airport in the United States, an early winter resort, an old railroad capital, and a community where "Living is Better".

The Borough of Lakehurst was incorporated in 1921. Prior to that, it was the Village of Manchester.

Home of Federal Forge during the Revolutionary War, this area quickly became an early industrial center with a large rope factory, railroad shops, and many local businesses. In 1850, Manchester (Lakehurst) nearly became the County Seat of Ocean County. In the late 19th century and early 20th century, Lakehurst was known as a winter resort. People traveled from New York and northern New Jersey to the five towers of the stately Pine Tree Inn, which was a large resort hotel.

Early writings said that Lakehurst in the winter had a climate much like that of Norfolk, Virginia, and they talked about the clear fresh smell of the pine air to refresh one's soul.

Today, as in the past, the walk along lovely Lake Horicon is a real treat. The fall leaves are especially pretty, but the lake is nice in all seasons.

Early Lakehurst once boasted a railroad roundhouse and shops and many early businesses. The Lakehurst Historical Society sponsors walking tours around the downtown area, the railroad tracks, past historic homes, and around by the lake. Two pre-Civil War buildings remain. 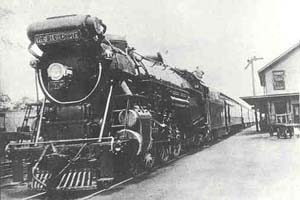 Lakehurst was the home to the U.S. Navy's lighter-than-air program from 1919 until 1962. Among the largest machines ever created by man, Lakehurst provided the setting for the Golden Age of Airships. Much of Lakehurst's early history was closely tied to the Naval Air Station and the LTA program.

Navy Lakehurst is nearby, where the Hindenburg crashed. A National Historic Landmark, Hangar One can be seen. It is one of the world's largest structures. 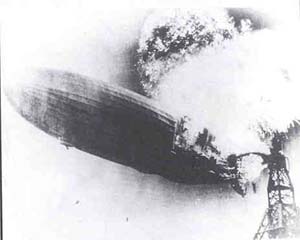 While Lakehurst is proud of its historic past, it also has its eyes to the future. Lakehurst is a full-service community governed by a Mayor and Council. Recreational activities are everywhere in Lakehurst. The charm of this rural center is quickly evident to visitors.

Lakehurst is a clean and friendly community and has something to offer everyone. Its busy downtown is lined in shops, restaurants, and businesses that reflect both its past and its bright future. There are many nice places to eat and relax in Lakehurst. We sincerely hope you enjoy your visit to our community.