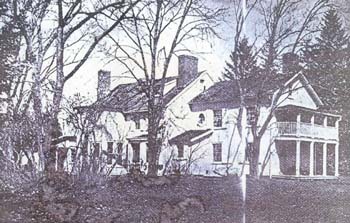 Considered by many to be Lakehurst's most beautiful street. Large, old Victorian homes with tree-lined streets lead to the shores of Lake Horicon. A number of very large homes which date back to the 19th century can be seen. The oldest burial ground in the Borough is located here as well. A large stone memorializes Mr. and Mrs. Torrey, the town's founders. An old cylinder line ran under Church Street taking water from Lake Horicon to run the water wheel at the rope factory, located where the Post Office is today. The rope factory was a major industry in the late 19th and early 20th centuries. It burned down in March 1911.